There's all kinds of reason you might need an upbeat playlist. Some people can't get any work done around the house without some music going, for example. Or maybe you need to add spice to your daily run, and you've worn your current playlist to death. Sometimes you just need music to help psych you up to do a task that you don't want to do, such as taxes or cleaning the bathroom.

Have you considered looking into video game soundtrack records?

You might think that's the kind of thing for really intense fans of video games, but it's really not so. Most video game music is designed to not be too distracting while also getting you psyched about what's around the next digital corner. What works for urging a player forward in an intense game can also help you get that last half mile or tackle that pile of dishes.

And honestly, you'd be surprised at how good video game music can be, especially for the big titles. Sound design is a big part of how the game plays, and so a lot of effort is put into making the music really good. If you played video games when you were younger but haven't done it in the last decade or so, have no fear. You can find soundtracks to some of your older and beloved favorite games, like Halo. For those who've only ever dabbled, you can always test the waters by finding out what people think are the greatest soundtracks of the year.

Because of the great variety of video games, you can find soundtracks for every mood, ranging from dark, intense, and scary to light and fun.

For those of you who are really intense fans, especially those of you who are into vinyl, you should know that plenty of video games are releasing vinyls with their soundtracks on them. Some of them are harder to get your hands on because they're part of a limited release, but the indie game scene is full of game creators who are also putting out vinyl records. And the indie game scene has a lot of really great games with really great soundtracks. If you like video games and the music but haven't dipped your toe in the indie scene, you should really check it out. It's come a long way from the point-and-click flash games of a decade or so ago. 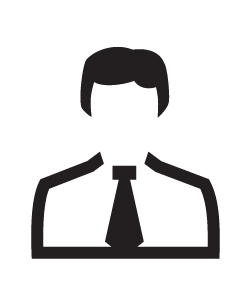 After struggling with my children's behavior for a few months, I began thinking more seriously about what I could do to make things better. It occurred to me that they weren't always watching the best programs on television, so I started thinking more seriously about changing up their daily routine. I began focusing more and more on educational programming, and it made a tremendous difference. Within a few months, they were really doing better, and I knew that I owed it all to the programming change. Check out this website for information that can help you to create a better environment for your kids.